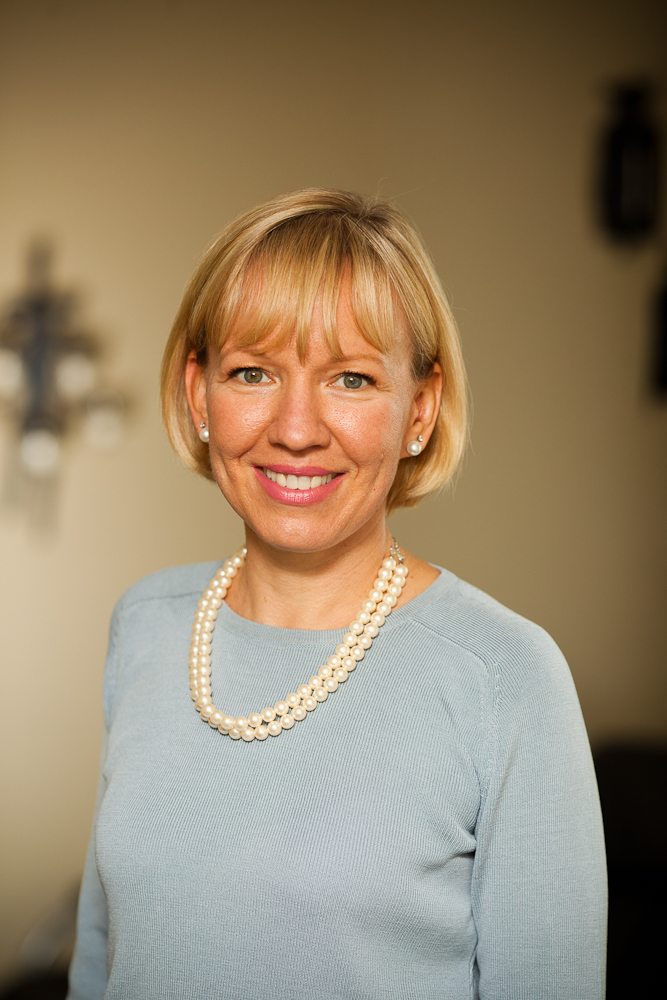 Dr. Rita Feldmanis has been practicing family dentistry in Eugene, Oregon since 1999. After twelve years at a large busy group practice, Rita’s goal remains to provide excellent care for each patient from grandparents to grandchildren. Her true joy from dentistry is in the relationships she builds with her patients and her staff. She believes that optimal oral health care can be provided in a caring friendly family-like setting.

Rita grew up in Louisville, Kentucky. The oldest of three daughters, she was fortunate to experience several different cultures living for several years in Japan and the Philippines, before her parents returned to settle down in their hometown of Louisville.

After graduating from DuPont Manual High School in Louisville, Rita attended the University of Kentucky in Lexington. She graduated with a bachelors of science in mathematics in 1994. After being accepted to the University of Pennsylvania School of Dental Medicine, she began her studies in the fall of 1994.

By the time Rita received her Doctorate of Medical Dentistry in 1998, she had completed an externship in oral surgery with the Veteran’s Administration Medical Center in Philadelphia; another externship in hospital dentistry at the Western Jersey Health Center in Camden; as well as Penn’s Infectious Diseases Clinic which provided dental care to patients medically compromised with HIV. She also volunteered her time at a local dental community clinic which benefited inner-city Philadelphians with dental care and her church’s weekly soup kitchen for the homeless and HIV-positive.

Upon graduating from Penn, Rita decided that she wanted to practice general dentistry. A family practice permitted her the ability to see and develop relationships with entire families, something specialists are rarely able to do. To further that goal, Rita returned to Lexington to complete a one-year General Practice Residency at the University of Kentucky. As part of this advanced training, she had rotations in general dentistry, both adult and pediatric; oral surgery; anesthesia; medicine; emergency and trauma care; and in the operating room.

Once Rita’s residency was completed, she moved to Eugene to join her then-boyfriend (now husband) Bill Clever as he continued his career in athletic administration at the University of Oregon. After marrying in 2002 and being blessed with two beautiful girls, Josie and Molly, Eugene is now their home and Rita loves being a Eugene, OR dentist. Their oldest is in middle school this fall and the youngest is in elementary school.

In Rita’s spare time, if she isn’t toting someone to soccer, track, basketball, choir, or OBOB or helping out in the classroom, she enjoys spending time with family and friends, reading, running, baking or visiting museums.